In this watchscreen series, I ask someone to share their watchscreen, examining how they’re using Apple Watch, what apps are useful, and any tips or tricks they have. This week, I’ve asked Bernard Desarnauts (Twitter) to share his screen. 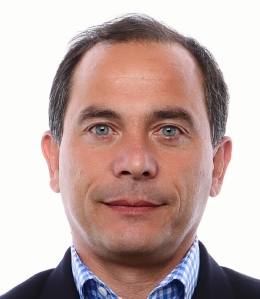 So, Bernard, show us your watchscreen!

END_OF_DOCUMENT_TOKEN_TO_BE_REPLACED

In 2012 Tim Cook answered a question about merging OS X and iOS by saying:

“You can converge a toaster and a refrigerator, but those aren’t going to be pleasing to the user.”

This year, at the BoxWorks conference, Cook was again questioned about whether OS X and iOS would merge. His response was similar:

“We don’t believe in having one operating system for PC and mobile…We think it subtracts from both, and you don’t get the best experience from either. We’re very much focused on two.”

The philosophy behind these statements is, of course, that the best user experience comes when the software is perfectly suited for the form of the device it will be running on. Devices intended to be put in one hand or two hands or on a lap or on a desk are radically different. Cook’s argument is that this requires that the OS itself be suited to the form of the device. Apple has consistently refused to make toaster-fridges. With one glaring exception: iPad. END_OF_DOCUMENT_TOKEN_TO_BE_REPLACED

Each week, I ask someone to share their watchscreen, examining how they’re using Apple Watch, what apps are useful, and tips or tricks they have. This week, I’ve asked Jonathan Norman (Twitter) to share his screen. Jonathan uses a variety of HomeKit & HealthKit-enabled devices with his Apple Watch and he also writes at TheAppleFancast, a site that examines Apple from the perspective of different fans (and the site that hosted my thoughts on Apple Watch a few weeks ago).

So, Jonathan, show us your watchscreen! END_OF_DOCUMENT_TOKEN_TO_BE_REPLACED

Each week, I ask someone to share their watchscreen, examining how they’re using Apple Watch, what apps are useful, and tips or tricks they have. This week, I’ve asked Conrad Kramer (Twitter) to share his screen. 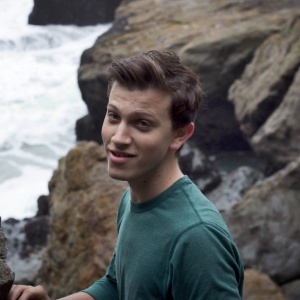 Conrad is one of the young and brilliant developers behind Workflow, winner of a 2015 Apple Design Award, as well as the excellent (but less well-known) DeskConnect. Workflow is the most powerful iOS app I’ve ever used as it has the power to automate repetitive tasks and link tasks together to do things that simply wouldn’t be possible otherwise. He and the Workflow team have been hard at work prepping their upcoming update for iOS 9 and watchOS 2, but he was kind enough to take time to answer some questions for me.

So, Conrad, show us your watchscreen! END_OF_DOCUMENT_TOKEN_TO_BE_REPLACED

This week, I was featured in a discussion on Apple Watch over at The Apple Fancast. It’s an interesting discussion that ranges from how I’m using Apple Watch to whether I see a role for complications, glances, and apps on the device to what I’d like to see improved and changed. There’s a lot in the piece and I think you’ll find it worthwhile. Check it out! END_OF_DOCUMENT_TOKEN_TO_BE_REPLACED

Each week, I ask someone to share their watchscreen, examining how they’re using Apple Watch, what apps are useful, and tips or tricks they have. This week, I’ve asked Jan Dawson (Twitter, Blog, Company) to share his screen.

Jan has been a technology analysts for thirteen years, having founded the Jackdaw technology research & consulting firm, writes actively for Techpinions, appears on the highly recommend Techpinions podcast, co-hosts the new and excellent Beyond Devices podcast, and writes frequently at his personal site, BeyondDevic.es. His thoughts are always insightful, full of perspective from years of following the technology industry yet matched with a perceptive understanding of the human side of technology. I’m excited to see his perspective on Apple Watch!

So, Jan, show us your watchscreen! END_OF_DOCUMENT_TOKEN_TO_BE_REPLACED

Today I received an email from Apple asking for my feedback on my Apple Watch purchase. Partway through the survey, I decided to copy some of my answers and post them here so you can see some of the things I would change or some frustrations I have with the device. While I’ve written positively about Apple Watch in general and love the device, that’s not to say there aren’t some frustrations. Here are some of my answers: END_OF_DOCUMENT_TOKEN_TO_BE_REPLACED

Each week, I ask someone to share their watchscreen, examining how they’re using Apple Watch, what apps are useful, and tips or tricks they have. This week, I’ve asked Jay Torres (Twitter, Instagram) to share his screen.

Jay is an engineer by profession, formerly worked at an Apple Retail store, blogs about a wide variety of things at humblenerd.com, and is a craft beer connoisseur.

So, Jay, show us your watchscreen! END_OF_DOCUMENT_TOKEN_TO_BE_REPLACED 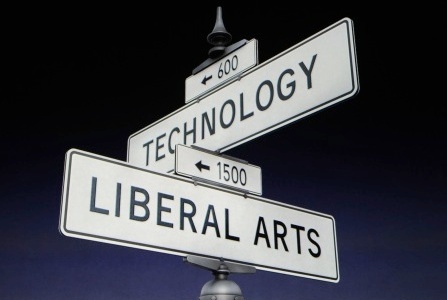 It’s widely believed that the next form of computing will be wearable computing, but the potential of this category has barely been scratched by any company. I’ve previously written multiple times and have podcasted about some challenges Google faces as it seeks to enter the wearable market, but these challenges are not unique to Google. Every company, including Apple, faces significant challenges as they try to crack the wearable market, but of the fitness, luxury, and technology companies vying for the space, Apple has the best chance at making a product that becomes mainstream. In fact, compared to the substantial market, cultural, and fashion challenges facing these other companies, Apple has the best chance of them all.1 END_OF_DOCUMENT_TOKEN_TO_BE_REPLACED

Each week, I ask someone to share their watchscreen, examining how they’re using Apple Watch, what apps are useful, and tips or tricks they’ve found. This week, I’ve asked Virginia Roberts (Twitter, Web) to share her screen.

Virginia is an online dating coach with TheHeartographer.com, hosts Steady, a relationship-help podcast on the 5by5 network, and is a emcee for AppCamp4Girls. I’m super excited to hear her perspective on Apple Watch! So, Virginia, show us your watchscreen! END_OF_DOCUMENT_TOKEN_TO_BE_REPLACED

SetApp deal I want to draw attention to