Each week, I ask someone to share their watchscreen, examining how they’re using Apple Watch, what apps are useful, and tips or tricks they have.

This week, I’ve asked Lou Miranda (Twitter, Web) to share his screen. Lou is a mobile strategist/advisor for medical companies & enterprises, as well as a developer. I’ve enjoyed his sense of design, business, and insight on Apple.

So, Lou, shows us your watchscreen!

What watch/band combination do you have? Why did you choose it? 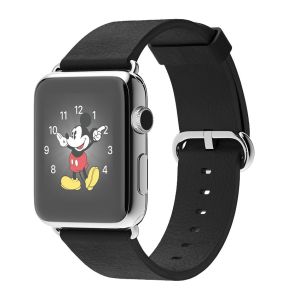 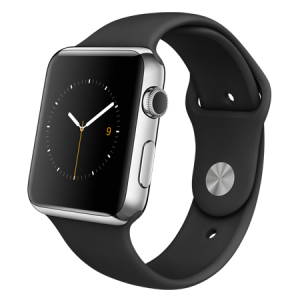 Short story: Apple Watch with black elastomer and black leather. Although the bands are easy enough to switch, I find that I don’t bother carrying the extra band around with me when I go to the gym. So I’ve inverted my original thought: instead of usually wearing the leather band to work/social engagement and switching to the elastomer band when going to the gym, I now wear the elastomer band almost all the time, and just switch to the leather band for formal events, which are few & far between.

Back story: My original idea was to get the Milanese band. But I ordered a watch for me and a watch for my boyfriend as a surprise. I figured we’d get them at the same time, but the leather banded one came a week earlier, so I took that for myself. He loves his Milanese band, and never switches it out. If I had to do it again, I’d go for the Milanese.

The concept of the watch seems so compelling, but I have to say watchOS 1.0 (1.0.1) leaves something to be desired. I love its health benefits—it does make me stand more often (my job involves sitting around all day at a computer), and it has pushed me to take another walk after dinner to hit my movement and calorie goals for the day. But other than that, it’s no so compelling that I find myself putting it on first thing in the morning. Sometimes I find myself checking my wrist as I leave the house and realize I didn’t put it back on after my shower, or just forgot to put it on in the morning when I got up. I read news & social media on my iPad during morning coffee & breakfast, so overnight notifications aren’t something I look for on the watch.

watchOS 2.0, which Apple debuted at WWDC 2015 is a different story, however. It seems much more compelling, from performance (native apps!), to app access to sensors & complications, to HealthKit & HomeKit, to UI enhancements including Time Travel, all the way to Siri automating more things, like the start of Workouts, it sounds like it will transform my existing watch. Very excited about that.

I want something beautiful on my wrist. I don’t like the faces with multiple complications. I do switch to them occasionally—say, when I’m grilling meat outside and want instant access to a timer—but I find them inelegant. Right now I’m alternating between the video/time lapse displays: jellyfish, butterflies, and flowers. At a glance, I really just want the time & date—and something beautiful. The jellyfish, flowers, and butterflies were nice at first, but I find them sterile after a while, much like the built-in screen savers on OS X. They’re beautiful, sure, but I want something more personal. So I’m looking forward to personal photos as watch faces in watchOS 2.0. Mark’s earlier blog post highlighted how important a personal experience is, seeing photos of your child or other loved ones, or favorite places.

What’s your strategy for getting the right notifications on Apple Watch?

I minimize them! Although I use Twitter and Facebook a lot, I find notifications from them to be mostly noise. Like’s and Follow’s are nice, but not compelling enough to be interrupted for. I mostly get news notifications, and of course communications (FaceTime, iMessage, Messenger, phone).

For me, the Activity and Fitness apps are the raison d’être for the Apple Watch. I work out with a trainer 3 days a week, and am trying to boost my overall health and muscle mass. I set fairly high goals, so I don’t expect to get all 3 rings every day, but I push myself to get closer to that goal. In the calendar view in the Activity app on the iPhone, I see definite progress as each week goes by. Seeing those rings get more complete as the day goes by is a huge motivator for me.

[This seems a common response from people. Marco Arment, Jim Dalrymple, and I have all written about it–not that we belong in the same category, of course. For me, it has been life-changing and that, alone, makes the device worth it.]

I rarely use my iPhone as a phone, but I have taken phone calls a few times through the Apple Watch and it works great. I mostly send iMessages. Siri works well, and I like how I can send text or my voice. My boyfriend and I used the heartbeat and drawing a few times—our usage waxes and wanes, so I’m not sure how much we’ll use it long term. He loves emoji, so I’m quite surprised to find he doesn’t use the animated emoji at all. Not sure if all that is aimed at the Chinese market or what.

[I think this might be part of the intent; based on my anecdotal evidence, Chinese people see the emoji faces as cute, the hearts as tolerable, and the white hands as slightly dumb. I do feel like the Chinese emoji/sticker aesthetic is radically different from Western concepts, though–what we view as corny/cheesy, they view as adorable–so Apple may have tried to split the difference and ended up pleasing no one.] 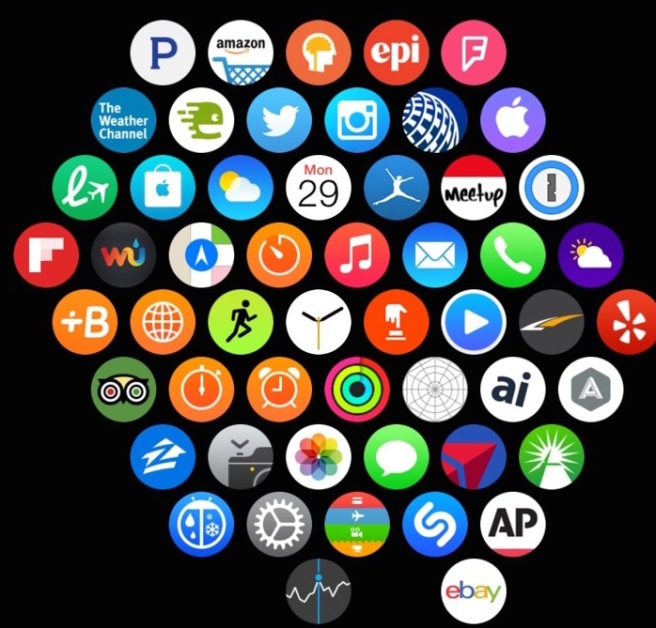 On my iPhone, my apps are *very* organized. I have a combination of apps and folders on each of 4 pages (I advise enterprises & medical device companies on mobility, so I download and try out lots of apps). On the watch, I have many fewer apps. The thing is, I think “graphically” so I feel the home screen needs a better way of demarcating groups of apps—bubbles/folders? separator hairlines emanating radially? Not sure what the answer is. But Apple needs to take it another step, eventually.

So far, I mostly just use the Workout and Activity apps. To me, the watch is about automation and data gathering, not really input so much. Who wants to tap constantly at a tiny screen on your wrist?

[I posited a similar concept:

and wrote about this in the piece Apple Watch is about Content Reception.]

Apple Pay, Workout, and Activity. Why? Because they take advantage of sensors and your always-accessible wrist. Very low friction.

watchOS 2.0 gives me most of what I really want.

If you could change only one thing about Apple Watch, what would you change?

Upgradability. If not that, then a trade-in program or a health insurance program that subsidizes the cost of the watch. $500-$750 isn’t bad for a one-time investment for such an astounding piece of technology, but to have to buy it again every few years will be painful for many people. If you have a family, and have to buy new Macs, iPhones, iPads, and Apple Watches for everyone every few years, I can see Upgrade Fatigue setting in. But maybe not—Americans pay a lot for cell service and internet service and cable TV, so maybe people are willing to part with money on a regular basis. I’m sure Apple has thought this through and done plenty of research. It’s disappointing for me, personally.

To me, the Apple Watch is more of a “push” device than a phone is. I rarely ask it for anything (“pull”), other than setting timers or sending a quick reply to an iMessage. I expect it to notify me of important things, whether it’s time to stand up or Apple Insider news or iMessages or meetings & appointments. Developers and enterprises have to understand that people aren’t going to be sitting around all day pecking at their wrists like hens after food. Wearables work best when they notify or encourage or cajole you to do something. But the key is balance, because too many notifications is annoying. It’s a very fine balance—one that’s hard to figure out.

Thanks Lou (Twitter)! If you enjoyed this, check out his blog as well.

If you enjoyed this, you might also want to check out the weekly reviews of Apple Watch I’ve done: