Each week, I ask someone to share their watchscreen, examining how they’re using Apple Watch, what apps are useful, and tips or tricks they have. This week, I’ve asked Ariel Adams (Twitter, Web) to share his screen. 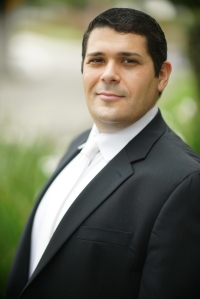 Ariel is a watch lover, widely considered an expert in the field, deeply involved in the watch industry, and the founder of the website aBlogtoWatch in 2007 (one of, if not the, most popular watch blogs in existence). He has written a series of insightful articles and reviews on Apple Watch, and so I’m really excited to share his watchscreen as he  brings to the discussion a depth of knowledge about traditional watches.

So, Ariel, show us your watchscreen!

What watch/band combination(s) do you use and why?

I change the straps rather frequently depending on where I am wearing the watch and on which wrist. Because I wear traditional mechanical watches most of the time on my left wrist, I wear the Apple Watch on my right wrist (but still in the normal orientation which I find to be just fine). 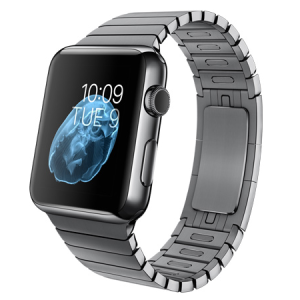 If I just wear the Apple Watch and I am not going to work out, I will use the steel bracelet which I love. 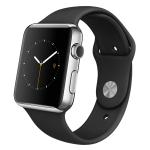 If working out or otherwise, I typically have it on the sport band because of its comfortable and durability – Apple really did a good job with that strap. 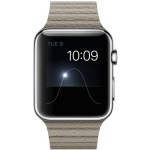 I also have the leather loop which is magnetic which I use for more formal occasions when I have a traditional watch on my other wrist. It is really nice how Apple built in the ability to easily change straps – which I think should be a core part of the Apple Watch wearing experience for everyone.

People now typically seem me with a watch on each wrist. I haven’t liked doing this traditionally, but I’ve come to enjoy it as I am wearing two very different types of items. For me, the Apple Watch is not a replacement for a traditional watch but rather a supplement to my “connected life” that happens to be on my wrist. I really like how Apple pushes notifications to my wrist and allows for bilateral communication with my iPhone. I would not like the Apple Watch nearly as much if it was just a unidirectional notification device. Being able to take calls and respond to text messages is important to me.

Most of the time I used the Modular face. This all digital face keeps me informed of what I need to know and I like the idea of being able to customize it. I am looking forward to the evolution of this concept where my watch dial is an information “dashboard” where I have access to lots of information. One thing I would love in the future is for someone to develop a wearable environmental sensor (that records all types of things such as current temperature, humidity, air quality levels, etc..) for the specific place that I am in. It is great to get weather data from the internet, but it would be amazing to get weather data from exactly where I am.

[The closest I’ve seen is Dark Sky, which offers hyper-local weather awareness, but focused on rain. Given their development skill, I expect them to utilize their complication well]

A few, but not too much actually. I look at the fitness tracking updates from time to time out of curiosity – and the weather.

What notifications do you receive on Apple Watch and why?

Well, there is always that fun notification that tells me to standup each out. This is among the most amusing since sometimes I either already standing up or possibly in a car. Otherwise I am quite pleased with the notifications. I don’t really look to much at the emails (since I get so may), but calendar, call, and text message notifications have proved to be really useful.

[I’ve found Fantastical‘s calendar Glance & app to be head & shoulders better than Apple’s. Their Apple Watch app is worth the purchase by itself.]

I wear the Apple Watch while working out. The default setting of having a 750 calories to burn each day while “moving” has proved to be very high. Even days when I’ve walked 10,000-14,000 steps, I can’t reach it. Did I set myself up for failure? The heart rate measuring feature is fun, and if possible I’d like for future models to measure it a bit faster.

[I recommend lowering your Activity ring pretty low at start so that it is attainable, almost without any extra effort on your part. Then, as you fill it consistently, raise it. It’s far better to achieve a low and slowly increasing goal than to give up reaching a high goal. I started mine around 250 calories and am currently at 850, which is impossible if I don’t exercise. It’s a powerful motivator.]

Currently, I don’t know too many other people with an Apple Watch so many of the cool features I don’t really use. I do like to respond to texts using voice dictation on the Apple Watch – that is a big one for me. 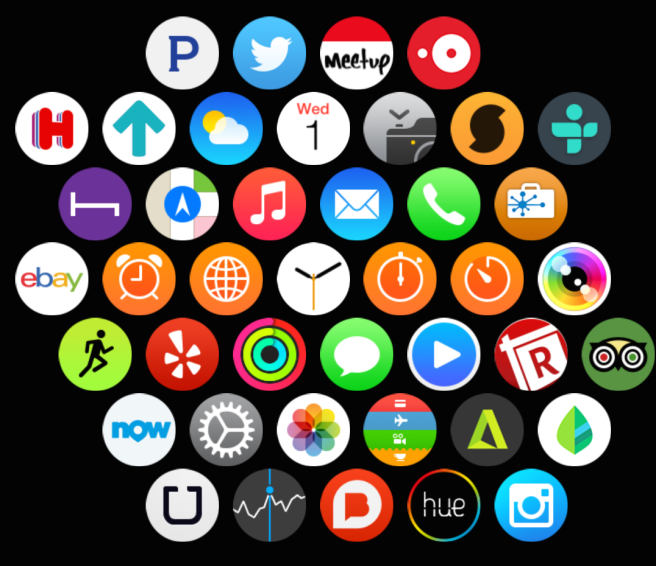 I don’t actually use too many apps other than the ones which are pre-loaded on the Apple Watch.

Really just the basics. Apple has closed off many areas of the Apple Watch for app developers and until they open up things like the watch faces and other key elements, I haven’t found any must have apps for me.

[Common thread throughout these watchscreen pieces, though this shouldn’t be a surprise given that apps aren’t native yet & developers are still figuring out the new platform.]

I think the best apps right now are ones that allow you to glance at useful information from apps without having to use your phone. Such as monitoring security cameras and seeing when your Uber car has arrived. I still think that there is a lot of room for truly must-have Apple Watch apps.

Right now, I can’t wait until the world of new watch dials opens up. And when that happens, I want an app that makes sure a random watch dial (where I can choose among a list) displays each time I look at the Apple Watch screen.

If you could change only one thing about Apple Watch, what would you change?

I am looking forward to when the Apple Watch can be a lot more durable (e.g. water resistance) and to when it connects to the internet or mobile network directly without using a phone.

What are some tips or tricks that you’ve picked up that others may not know about?

Not sure if I know specific tricks, but I do think that people need to spend time playing with the straps and making sure they are able to enjoy the variety that comes built-in with how you can wear the watch.

While my love of traditional watches will always be a part of my personality, I am very much a fan of technology coming into the watch space. I think the wrist is a very fertile ground for technology and communication devices to live and feel that wearable technology is very much the future. The Apple Watch is one big step in the right direction.

Thanks Ariel (Twitter)! If you enjoyed this, check out his website, his articles on Apple Watch, and his appearance on the excellent Resolve podcast.

If you enjoyed this, you might also want to check out the weekly reviews of Apple Watch I’ve done: